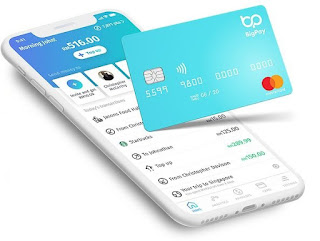 Steps To Get The Guaranteed RM10

Have you ever had to queue in some ridiculously long line to exchange your ringgit to some other currency?
Have you ever noticed just how much of your hard earned money gets taken as fees?
We understand – we’ve been there.
Which is why when we were told about a way to get the real exchange rate and never be charged any fees, we jumped on the opportunity right away and signed up for BigPay.
Only after the 5 minutes of downloading the app and creating an account, did we realise that there were so many other great bonuses like getting AirAsia BIG points every time we used the card or never having to pay the processing fee from AirAsia ever again.
And that’s why we’re sharing this with you – so that you too, can take advantage of all these great perks. And if you’re interested in getting RM 10 for signing up, you can use BigPay referral code HZCUCOQD8L.

BigPay is a mobile app so you will need to log in to the app to see your account.

Where do you use the BigPay referral code

You must use the BigPay referral code before you sign up for BigPay. Once they deliver your card, it is too late to give a referral code.

Are there any fees for using BigPay?

There will be no fees for using BigPay although BigPay does leave the rights to charge in the future. If they do and you don’t want to pay it, you can just take out all the money and they have nothing to charge.

What discounts do you get from Air Asia

If you use BigPay to purchase your Air Asia tickets, you will not have to pay any processing fees (which can be as high as RM24). Also, if you were to use BigPay to pre-book your meals on AirAsia flights, you will also get a RM2 discount.